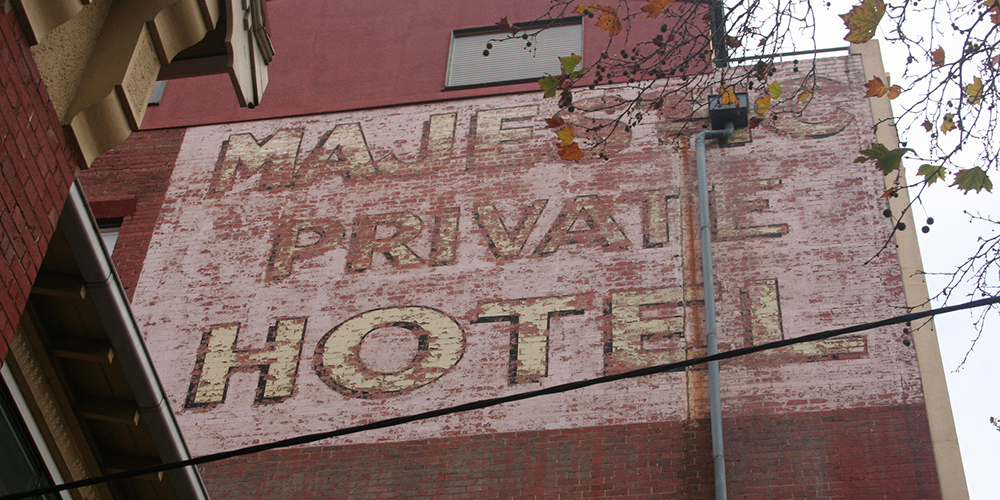 Nick Gadd’s first novel Ghostlines won a Victorian Premier’s Literary Award and a Ned Kelly Award.
His second, Death of a Typographer, was shortlisted for a Ned Kelly Award in 2020 and was described as “clever, stylish and very funny” (The Age/Sydney Morning Herald).
His latest book, a work of non-fiction, is Melbourne Circle: Walking, Memory and Loss.

With the intensive development in the suburbs, Ghost Signs suddenly appear, after being locked away from previous development.
Nick has captured many of these nostalgic and historic signs on his webpage.
Almost like the signs and symbology of the past, Nick captures and brings these signs to life.
Many have since disappeared behind the news constructions, perhaps waiting for another century until they appear again.

This is a free event.

Tea/coffee and light refreshments will be provided following the talk.

Tickets are not available as this event has passed.